Tips for Choosing LED Bulbs for Your Home

Be Careful of Using LEDs in the Garage

Note that LEDs don’t fair well in many garages. First, they can confuse older garage door openers and sensors. Second, the vibration caused by the garage door opening and closing can damage the diodes over time.

Stay Away from Extreme Temperatures

High temperatures can quickly fry an average LED bulb cluster, and freezing temps aren’t great for longevity, either. Stick to mild-temperature locations for LEDs, and use LED bulbs designed for the outdoors when necessary.

Manufactures are beginning to adopt LED-specific labels with many of the standard specifications. Compare bulbs by referring to the information on these labels.

Be Wary of Enclosed LED Bulbs

Enclosed (when you screw on a translucent covering) or recessed lighting can be dangerous for LED bulbs. LEDs only produce a small amount of heat, but they are highly susceptible to heat damage, so heat needs to be channeled away with a heat sink, a metallic base designed to conduct heat away from the sensitive parts of the LED. Enclosed bulbs can’t get rid of heat as easily, which can kill LED bulbs not designed for those situations.

Buy From a High-Quality Manufacturer

LED bulbs are famous for their long lives. In practice, they do last a long time, but not necessarily for years and years. Quality is still important, and poorly made LED lights for home will die just as soon as an incandescent bulb, if not faster. Choose high-quality, reliable manufacturers with good reviews, even if that means paying a little extra. 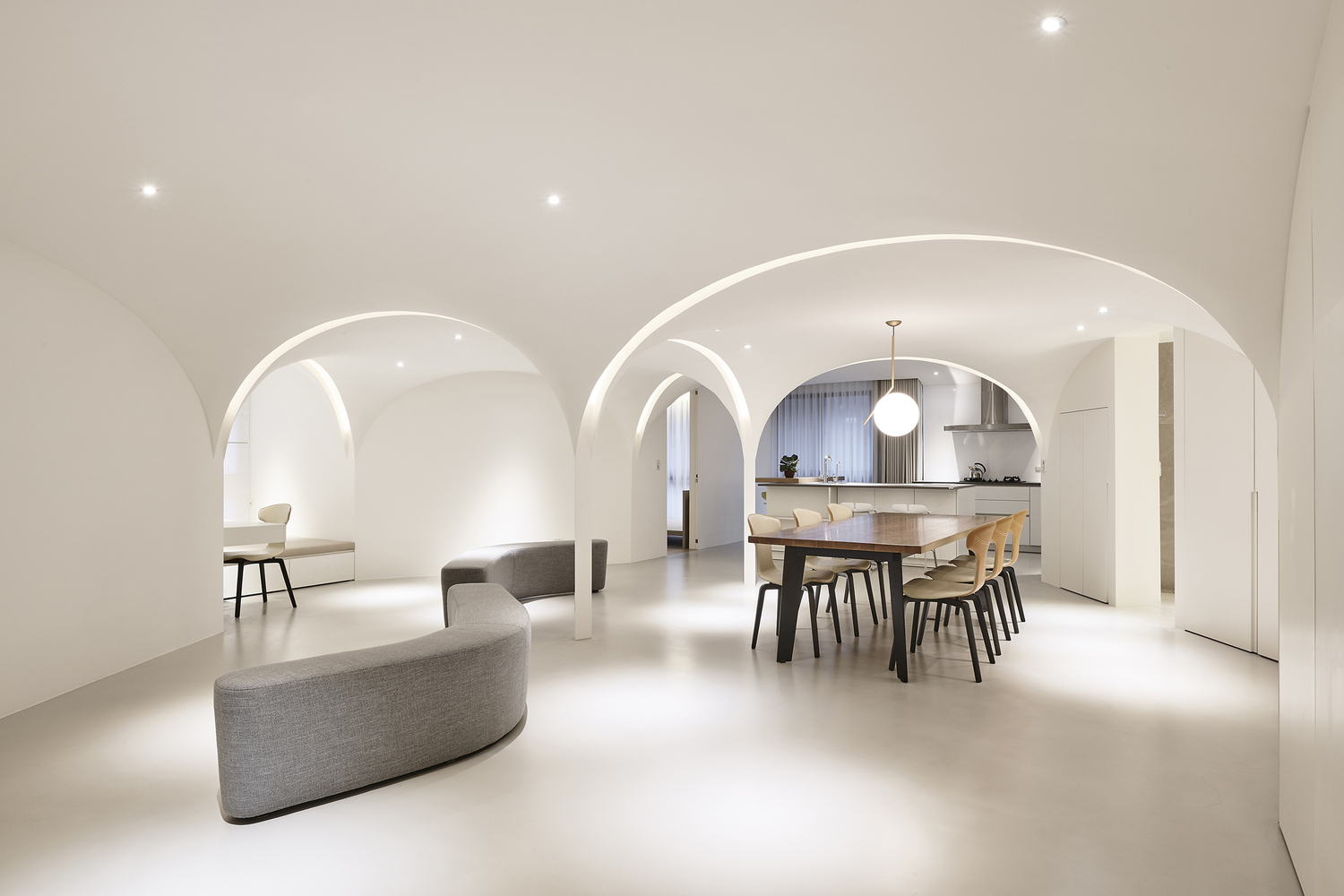 The Basics of LED Lighting

What are LEDs and how do they work?

LED stands for light emitting diode. LED lighting products produce light approximately 90% more efficiently than incandescent light bulbs. How do they work? An electrical current passes through a microchip, which illuminates the tiny light sources we call LEDs and the result is visible light. To prevent performance issues, the heat LEDs produce is absorbed into a heat sink.

The useful life of LED lighting products is defined differently than that of other light sources, such as incandescent or compact fluorescent lighting (CFL). LEDs typically do not “burn out” or fail. Instead, they experience ‘lumen depreciation’, wherein the brightness of the LED dims slowly over time. Unlike incandescent bulbs, LED “lifetime” is established on a prediction of when the light output decreases by 30 percent.

How are LEDs Used in Lighting

LEDs are incorporated into bulbs and fixtures for general lighting applications. Small in size, LEDs provide unique design opportunities. Some LED bulb solutions may physically resemble familiar light bulbs and better match the appearance of traditional light bulbs. Some LED light fixtures may have LEDs built in as a permanent light source. There are also hybrid approaches where a non-traditional “bulb” or replaceable light source format is used and specially designed for a unique fixture. LEDs offer a tremendous opportunity for innovation in lighting form factors and fit a wider breadth of applications than traditional lighting technologies.

LEDs use heat sinks to absorb the heat produced by the LED and dissipate it into the surrounding environment. This keeps LEDs from overheating and burning out. Thermal management is generally the single most important factor in the successful performance of an LED over its lifetime. The higher the temperature at which the LEDs are operated, the more quickly the light will degrade, and the shorter the useful life will be.

LEDs are all around us: In our phones, our cars and even our homes. Any time something electronic lights up, there’s a good chance that an LED is behind it. They come in a huge variety of sizes, shapes, and colors, but no matter what they look like they have one thing in common: they’re the bacon of electronics. They’re widely purported to make any project better and they’re often added to unlikely things (to everyone’s delight).

Unlike bacon, however, they’re no good once you’ve cooked them. This guide will help you avoid any accidental LED barbecues! First things first, though. What exactly is this LED thing everyone’s talking about?

LEDs (that’s “ell-ee-dees”) are a particular type of diode that convert electrical energy into light. In fact, LED stands for “Light Emitting Diode.” (It does what it says on the tin!) And this is reflected in the similarity between the diode and LED schematic symbols:

In short, LEDs are like tiny lightbulbs. However, LEDs require a lot less power to light up by comparison. They’re also more energy efficient, so they don’t tend to get hot like conventional lightbulbs do (unless you’re really pumping power into them). This makes them ideal for mobile devices and other low-power applications. Don’t count them out of the high-power game, though. High-intensity LEDs have found their way into accent lighting, spotlights and even automotive headlights!

Are you getting the craving yet? The craving to put LEDs on everything? Good, stick with us and we’ll show you how!

Here are some other topics that will be discussed in this tutorial. If you are unfamiliar with any of them, please have a look at the respective tutorial before you go any further. 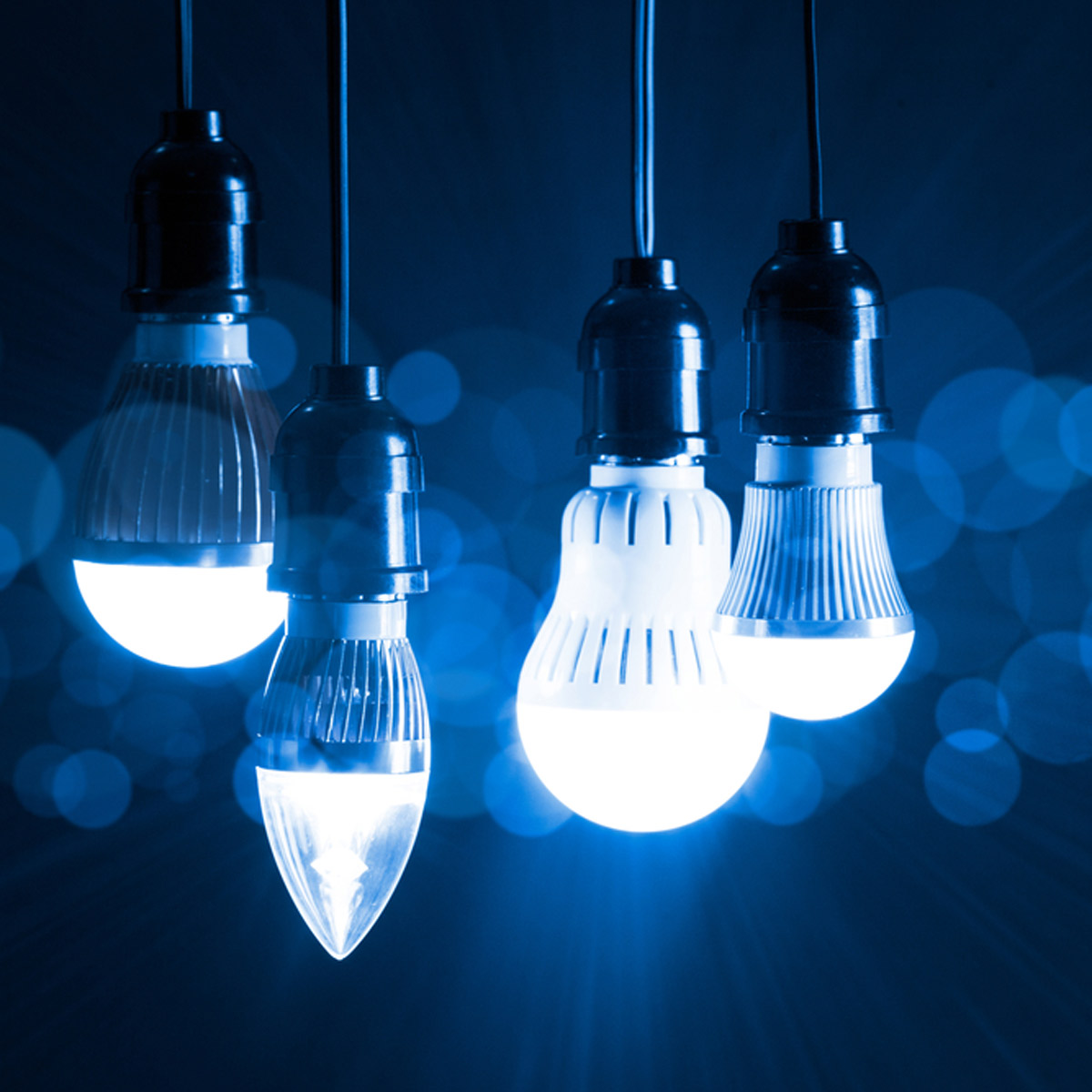 Everything You Need To Know About LED Lighting

What Does LED Stand For?

A diode is an electrical device or component with two electrodes (an anode and a cathode) through which electricity flows – characteristically in only one direction (in through the anode and out through the cathode). Diodes are generally made from semi-conductive materials such as silicon or selenium – substances that conduct electricity in some circumstances and not in others (e.g. at certain voltages, current levels, or light intensities).

What is LED Lighting?

How Do LED Lights Work?

It’s really simple actually, and very cheap to produce, which is why there was so much excitement when LED lights were first invented!

The Technical Details: LED lights are composed of two types of semiconducting material (a p-type and an n-type). Both the p-type and n-type materials, also called extringent materials, have been doped (dipped into a substance called a “doping agent”) so as to slightly alter their electrical properties from their pure, unaltered, or “intrinsic” form (i-type).

Application of the Technical Details to LED Lighting:

When a light-emitting diode (LED) has a voltage source connected with the positive side on the anode and the negative side on the cathode, current will flow (and light will be emitted, a condition known as forward bias). If the positive and negative ends of the voltage source were inversely connected (positive to the cathode and negative to the anode), current would not flow (a condition known as reverse bias). Forward bias allows current to flow through the LED and in so doing, emits light. Reverse bias prevents current from flowing through the LED (at least up until a certain point where it is unable to keep the current at bay – known as the peak inverse voltage – a point that if reached, will irreversibly damage the device).

The number of lumens a bulb produces for each watt it consumes. The higher the number, the more efficient the bulb. For example, lighting products that have been designated with the ENERGY STAR label are deemed high efficacy, meaning they have been determined to deliver the same features while using less energy.

The Breakdown—How Much Light is Enough?

Lumen output, also known as brightness or light output, is a measure of the total quantity of visible emitted by a light source per unit of time, weighted according to the human eye’s sensitivity to wavelengths of light, the study of which is known as luminous efficiency function. The reference point: a standard 100-watt incandescent light bulb produces about 1,500 – 1,700 lumens.

Not a measure of brightness; instead, it’s a measure of how much electricity (or energy) a light bulb consumes to reach its claimed brightness.  Each type of light source, LED, fluorescent, halogen or incandescent has a different lumen-per-watt ratio.  Below we’re going to use lumens as a measurement to make sure we have enough light for a space.

Since we’ve conflated watts and lumens, it’s easier to talk about bulbs in terms of watts. So if a 100-watt incandescent produces 1,500 lumens, and a 10-watt LED does the same, the 10-Watt LED may advertise “100-watt equivalent” on its label.